Alright, so if y’all read my last blog, you should know I went to New York City for the….I think it was the 6th or 7th time. I’ve lost count at this point. I had kept telling myself that I wasn’t going to keep going there and instead would vacation elsewhere, but when your dad buys you courtside tickets to the 50th Anniversary of the US Open, you go to the US Open. (More on that later, though.) I’m writing this blog to really just fill in my peeps (that’s you guys) on the things I did while I was up there. If anyone is going to NYC anytime soon, I highly recommend doing any of the same activities because they were all fantastic.

Fun fact: we did about 30 miles of walking from Friday to Tuesday. My feet have some lovely blisters to prove it.

We were staying at a hotel on the corner of Lexington and 48th, so on Friday, I planned for us to check out midtown. My dad hadn’t been to NYC in like 25 years, so things were much different for him. We walked to Central Park and spent quite a bit of time there before making our way down to Times Square and then to Rockefeller Center. Friday night was our night to go on a dinner cruise, so we dressed up nice and did that. Our dinner cruise gave us some breathtaking views of the city while feeding us amazing food at the same time. 10/10 experience. 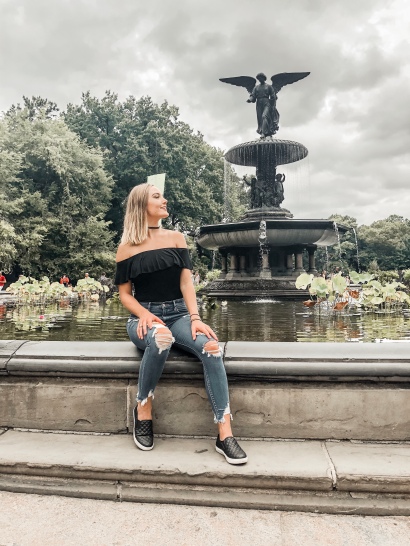 Saturday, we spent the morning walking the Chelsea High Line then went to the Chelsea Market, both spectacular places to check out! Mars and some old family friends of mine met us at a restaurant nearby and we spent the remainder of the evening drinking local beer, chatting and catching up. It was a very wholesome day!

Sunday’s activities consisted of the Brooklyn Heights Promenade, tooling around in Brooklyn, and walking to One World Observatory by way of the Brooklyn Bridge. (Loads of walking!) If you ever want to walk the Brooklyn Bridge, I recommend wearing comfortable shoes…although I have done it in freezing temperatures wearing heels before, so to each his own. I like to wear nice outfits for the photos, so I was okay with suffering through the foot pain. That evening after having spent some time at the top of the tallest building on this side of the world, we had an appointment at the Color Factory, and although I wasn’t entirely sure what to expect with this event, I booked us spots anyways. (The weekend was on the verge of selling out when I booked on the Wednesday before.) Turns out, it was a fantastic time filled with creativity and picture taking and playing in a giant ball pit. Spectacular.

(Head over to my Insta for more photos of my NYC adventures.)

Monday. Monday was spectacular. We had front row seats at the US Open in the Louis Armstrong stadium all day long. I watched Nishikori’s sweat drip off him as he beat Kohlschreiber as well as having the same intense view watching 2014 US Open winner, Cilic beat Goffin later that day. Of course, I watched some women’s tennis too and let me tell you, women’s tennis is much more intense when you’re basically sitting on the court. Some other big names you might recognize that we watched play on other courts: Nadal, Federer, Millman, Sharapova, Djokovic, and so many more. It was a spectacularly long 14 hour day, but it was the experience of a lifetime.

Now, I hadn’t ever really tried to tackle taking the subway to get around, but my dad insisted we give it a shot, so after some resistance, I gave in. One of my best friends, Mars, lives up there and recommended an app called City Mapper to help navigate the city subway system, and let me tell you, it was a lifesaver. I owe both Mars and that app for my learning the subway system. By the end of our trip, I would consider myself pretty adept at navigating the subway. I surprised myself. 🙂

I’m aware that this blog is longer than usual, and I apologize. I tried not to ramble too much, but sometimes I just lose track of how much I’m writing. Anyways, hope you enjoyed my little vacation update. This is my third big vacation this year, and I absolutely love it. I love traveling.

Have a great Thursday!

P.S. Videos from the Color Factory included below. More to come on my social media. 🙂

Wow, okay I just took the longest break in posting a blog since I STARTED BLOGGING. I know, I know, I’m a slacker. In my defense though, work has been very very crazy, and that was my primary time to blog.

We’re adding tons of stations, I’m covering for a co-worker on maternity leave, occasionally covering for others when they’re on vacation, etc., etc.. It’s been crazy and I have barely had time to keep up with my freelance blogs, much less these ones. BUT I’ve had quite a few people inquiring with me as to what the heck is happening? Where was I at? So for the sake of updating everyone on the ins and outs of my life, here I am.

First things first, tomorrow I’m going on yet another vacation. (I love my life.) I’ll be leaving for New York City for the seventh time tomorrow and I won’t be back until next Tuesday. (At least I think it’s my seventh time, I kind of lost count honestly.) Even though I’ve been a lot, I still absolutely love the city. It’s lively and exciting. My dad is taking me and WE’RE GOING TO THE FREAKING US OPEN (for tennis). That’s his belated birthday present to me, and it’s honestly great. We’ll be courtside at the Louis Armstrong stadium on Labor Day so I’m pretty excited about that. I’ve also got plenty of awesome and fun activities planned for the other days.

I made an itinerary for our trip and I really think my dad is nervous about it. He’s one of those people that just “goes with it” on his vacations but I like having events planned out and whatnot. I still leave plenty of time for chilling out and nothing ever feels rushed, but I just like having tickets and things bought in advance. It makes for a stress free vacation. He’ll see that I’m not psycho.

ALSO, I get to visit some of my closest friends while I’m in NYC! (I’m lookin at you, Mars and Tessa!!!)

Anyways, another update, I’M MOVING. My mom and I are co-buying a beautiful townhome in the Alamo Heights area in San Antonio and I’ll be living there once my lease is up at my apartment in October. So that’s going to be amazing. I’ll have to adjust to life with roommates, but I think I’ll be able to handle it. I’m beyond excited.

In addition to NYC this weekend and moving in October, let me tell you about everything else I have going on during weekends for the next few months. (I’m warning you, it’s a lot.) First, I’m going to NYC, then it’s my best friend’s birthday weekend, then I’m going to Houston, then I’m going home to celebrate my mom’s bday. The last weekend of September is currently free…for now. The first weekend of October I’ll be going home to celebrate my dad’s birthday, weekend after that is ACL, the weekend after that I’ll be moving into my new place, then I have my cousin’s wedding the last weekend of October. The first weekend of November will be spent at Wurstfest for a bachelorette weekend, the following weekend is the same friend’s Bridal shower, and the third weekend is Thanksgiving weekend. I’m just feeling very overwhelmed with everything that’s booked, but like, in a good way! I love having a lot going on.

Anyways, enough rambling for today. Here’s some pictures from random things over the past few weeks since I’ve updated you last. 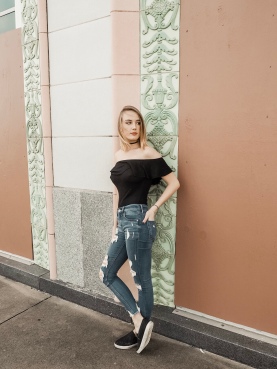 “Be in love with your life. Every minute of it.”