Hey everyone! I don’t have much time but I wanted to squeeze in a quick life update / travel blog. Woo!

I’m about to leave to go visit one of my closest friends in D.C. and I am beyond excited. I haven’t been since I was essentially too young to be able to appreciate or remember anything, so this is a bit of a new one for me. I’ll only be there for the long weekend, but I have filled my itinerary as much as I possibly can. (Don’t hate on me for making an itinerary, I think we all know by now that I am insanely organized–borderline OCD.) Besides, I make really nice and efficient itineraries. Without them, I wouldn’t get to see nearly as much of the cities I go to. (I make one for every vacation.)

Anyways, the weather here in San Antonio is a comfortable 75 degrees and sunny. D.C., on the other hand, is 34 degrees right now with a chance of snow tonight. I’m weirdly excited–I love snow. I also love going on at least one “wintery” vacation each year. Last year was skiing, the year before was New York City, etc. etc. I just love winter vacations!

Despite the fact that I go on winter vacations pretty regularly, I realized that I do not own any decent snow / weather resistant boots. I didn’t realize that until Monday though, so I had to do quite a bit of research to figure out what I could actually get delivered to myself by the time I had to leave. (I wasn’t going to bother wasting my time shopping around in SA; I already knew there wouldn’t be many options.) I ended up settling on some, rather expensive, but overall really awesome boots by Sorel. The actual Sorel website couldn’t get them to be in time, but Amazon Prime came to my rescue! They were delivered last night and I am absolutely in love with them. I’m certain they will go a long way in keeping my feet warm and dry for the next few days.

So yeah–there’s my quick little update. I’ll probably get out at least one blog while I’m up there. I’m definitely going to want to talk about the things I’m doing! So many fun / cool activities planned! Also, photos will be happening so I’ll be adding another project to my photography page exclusively for D.C. shots, so stay tuned for both of those things!

I had been feeling down lately, and of course, my mom presented the perfect solution–a weekend vacation. Her and my aunt were planning on going to Richmond, Virginia for the weekend, and about a week and a half in advance, my mom bought me a plane ticket so I could join them.

So, “what’s in Richmond, Virginia” you might ask? Well, for starters, amazing food, beautiful buildings, American history, lush greenery, and so much more.

Of course, I wasn’t aware of that when I agreed to go, but I love traveling to new places, and this was just that–a new place. I had never really been to anywhere on the East Coast other than a few Floridian cities and NYC…both very different places. I have never gotten to experience the “Original 13 Colonies” areas, if ya know what I mean.

I was so pleasantly surprised by how fun Richmond was! I don’t think I’d ever like actively seek out going there again, but don’t get me wrong–it was amazing!

I left work a bit early on Friday and didn’t land in Richmond until around midnight that night. I ubered to the house my mom and aunt were already at and holy crap. It was SO CUTE! I’m guessing the balcony wasn’t finished when they took the pictures (below), but it was when we were there so we had that additional super cute place to lounge. 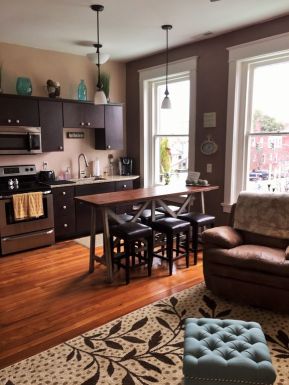 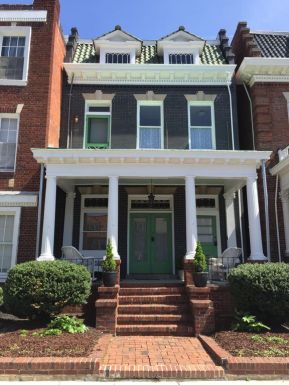 So Saturday, we woke up early, at breakfast at the cutest coffee shop around the corner called the Early Bird Biscuit Co. It was amazing. The coffee rocked, the food rocked, and the service rocked. Afterwards, we made our way to a Catholic seminar that was the primary reason for my mom and aunt going to Richmond. It was surprisingly cool, but we didn’t stay the whole time and were only there from 9:30-11am or so. (It started at 9 and ended at noon.)
Afterwards, we made our way to Carytown and ate at Sen Organic Small Plate…it was a 10/10 meal. Actually, let me just be upfront with you–every meal we had was 10/10 (if not 11/10). After filling our bellies, we shopped around the quirky shops on Cary street. Despite the rain (yes it was raining. all day.), we had a blast. The rain actually kept us from like, overheating, because I’m sure we would have had it not been raining.
Naptime was at 5 pm, and dinner was at The Boathouse at Rockett’s Landing. I tried my first East coast oysters, which was a big deal because I despise Gulf oysters. Turns out, I don’t hate all oysters, just ones from the Gulf that look like giant boogers. (Sorry not sorry.) Cocktails, mojitos, shrimp stuffed crab cakes, shrimp and grits, and bread budding were all had. All things had were amazing. That is all.

Y’all, if you’ve never gone on a segway tour of a city before, damnit, go on one next time you’re somewhere new! We went on one on Sunday morning from 10am-12pm and it was honestly one of the most fun things I’ve done in a long time. We got to see a ton of beautiful buildings and cover a ton of ground in such a short time. I highly recommend. It was beautiful and educational and the most fun ever.

Actually, that statement could be used to sum up the entirety of the weekend–beautiful, educational, and the most fun ever. Richmond did not disappoint, y’all.

I owe my mom and aunt so much for making this weekend such an amazing one–especially my mom. After all, she did drop the money randomly to pay for my flight and meals and ubers and whatnot to get there. I appreciate her and this trip so much. It was exactly what I needed. 🙂

P.S. Featured image is the view from our balcony. 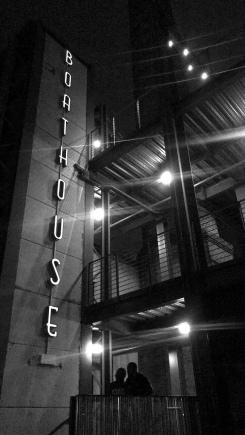 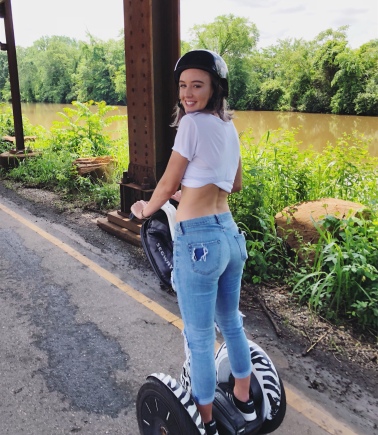 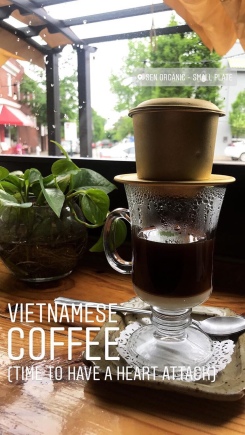 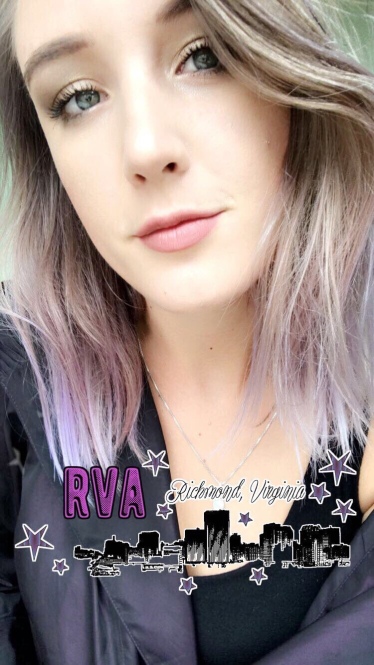 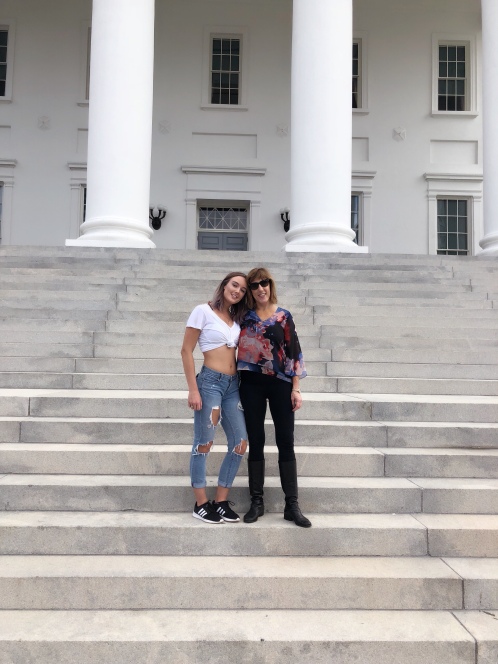 If there's water anywhere I go, this one will jump right in! I love it. 😂❤️
Recent trip to Luckenback, Texas. ❤️
#MilitaryMonday - ask your favorite lender about how they can help you get into a home (or reach out to me and I'll get you in touch with my favorite lender). There's tons of options out there for qualifying veterans. ❤️
The cutest face. 🥰 @whiskythe.golden likes to watch the storms with me from my terrace.
Loading Comments...
%d bloggers like this: